From John Wood's talk on his daughter Becky's birthday, (3rd June 2013). It was commissioned by Pernilla Glaser.
Nobel Museum 2013. This event developed after a discussion with Pernilla Glasser in which we agreed to stage a presentation at Stockholm's NobelMuseum. This was intended to provoke a discussion about design and shamanism. The following notes were loosely re-created out of some of the images and texts from John's slides presentation and talk. The talk began with a performance in which John was hidden in hay underneath the projection screen. After a sound track of sheep noises, dramatic music and cheesey voiceover he emerges from the hay dressed in a burberry check suit with clerical collar and enacting the part of Heraclitus...but transformed into an Englishman - weird? perplexing? amusing? we hope so....;-)

Why have Socrates, Aristotle and Plato remained so important to Western thought? Arguably, their thinking facilitated the rise of today's mechanistic, bureaucratic and solipsistic society. By comparison, Heraclitus (535-475 BCE) tends to be regarded as a marginal, even rather eccentric figure. Perhaps this is because none of his original texts remain, so we only glimpse their full meaning via quotations by other writers. Heraclitus was a bitter critic of Pythagoras, Homer and other, seemingly brilliant near contemporaries. Sometimes called 'the weeping philosopher', his melancholia may go some way to explaining his misanthropy.
It is possible that Heraclitus was concerned about

and its damaging effects on his culture. Today, it seems normal for static texts to be seen to represent the 'truth', when living things are changing all of the time. One of his most famous sayings is: "One cannot put one's foot into the same river twice." His student, Cratylus, took this idea one step further, reasoning that, if this is the case, "One cannot put one's foot into the same river once". Classical western science appears to have dismissed this idea, judging by its enduring faith in the dubious metaphor of rigour. Since the time of Parmenides this notion has been used to endorse a metaphysics of stasis and a methodological axiom. It is interesting that scholastic rigour remains one of three key descriptors of 'research excellence' in the UK. Was this because western science continues to overlook the situated, somatic and mercurial role of language in evidence-based reasoning? LOL
N.B. in flagrant defiance of the fundamental scientific assumption of ubiquitous equivalence, Alfred Jarry developed a pataphysical philosophy of exceptions (ha ha ha? )

N.B. What I refer to as the order of things is an interpretation of the Greek word: Logos (λόγος). Sometimes this word is translated as 'reason' and sometimes 'Word'. For me it represents an ecological understanding that would not recognise the Western separation between ontology and epistemology.

A believer in the unity of opposites, Heraclitus died when trying to cure himself of Dropsy.

Distrusting the usual remedies prescribed by doctors, Heraclitus invented a characteristically self-styled diagnosis and cure. Reasoning that his excess bodily fluids required dryness and heat, he caked himself in cow dung and lay in the hot sun....later dying of heatstroke. It is possible to see how mankind's plight in the 21st century is a result of over-specialisation and the reducing of knowledge to single dimensions. The myopic emphasis given to STEM fields which were founded on some dubious assumptions by Archimedes, Pythagoras, Plato and Aristotle. These led to today's reductionist education values (in the UK) that offer false certainties reminiscent of Galileo, Newton, Descartes, Laplace and Mr. Michael Gove. 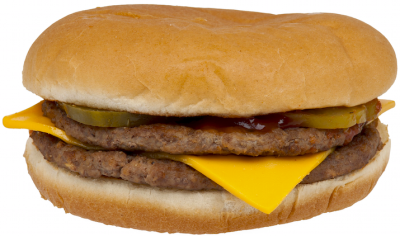 Some might see the average person as powerless to change our destiny, expecting appropriate actions to be taken by senior politicians. However, as Donella Meadows has claimed, governments choose the least effective methods for achieving change. Her 12 levers for change include focusing on the underlying purpose for change, rather than setting targets and penalties, etc.

Unfortunately, as many designers are still trained to support an economic paradigm based on 'growth', destruction and waste, the traditional design methodologies will need some fundamental revision.

Incremental improvements will not be enough. Design 're-thinking' needs to be applied in a more radical and comprehensive way to the design profession and its received methods and methodologies.
We therefore need to educate designers differently, in ways that anticipate the massive changes that are needed for a society that can survive beyond cheap energy and cope with an increasingly hostile natural environment.

This will mean challenging basic assumptions about economics, business and the way we understand 'scale'.
Here are 10 features of metadesign. I will now discuss 'game-changing', or what I prefer to call paradigm changing.

Changing behaviour is hard, because it is part of the paradigm and includes habits that are sometimes deeply embedded in our belief system and language, etc. This calls for approaches that are different from the ones that caused the problem.

Most design reforms are incremental, rather than paradigmatic. For example, individual office buildings may look different (new shapes and sizes) but they all use concrete, steel and glass and have a large ecological footprint, thus are refinements (not fundamental changes) to the paradigm.
Paradigms are autopoietic systems that maintain their integrity because the key parts have established mutual dependencies, such as 'vested interests' by participants. However, we can synthesise new paradigms by inventing new relations that would co-sustain existing entities.

Judging by the predominance of discrete gadgets that were inspired by 'bits' of living creatures, the idea of 'biomimicry' has been interpreted in an overly narrow way. Here, the notion of eco-mimetics, or eco-mimicry is explicitly intended to inspire a more 'joined-up' and comprehensive approach, based on the interdependencies within ecosystems.
In this way, Metadesign challenges the limits of what Aristotle meant by design (see article on how we might transcend Aristotle's model). Our more comprehensive vision might, for example, re-purpose creativity as a source of diversity - which offers a greater range of opportunities for adapting better to our environment.

This approach will show us how to make better business when energy prices rise, in the near future. (E.g. by reducing costs). The lawn pictured above has one species per square metre of grass, instead of 32 or so. Why? And how much time and money does it take to maintain this 'unnatural', relatively unproductive monoculture?
If we follow this eco-mimetic approach, metadesign would therefore need to be comprehensive (because our life-support system is comprehensive).

We will need to extend to the way we organise education and business. Rather than rewarding 'high performance' in individuals, we might usefully note how species only survive by working together. This is often counterintuitive, as in this example of predator and prey (above). If one were to become extinct, the other is also likely to die, even if the predator (Polar Bear) dies out first. Managers and educators might learn from this, by encouraging learners and employees to become more aware of their individual strengths, weaknesses and passions, then to identify complementary skills in others, so that they can co-create their own teams.
The prevalence of this type of unfamiliar, or counter-intuitive, process requires new ways of thinking (refer back to section 1. on paradigm change) in which new names can be invented for things that were previously unnoticed.

Here, there is a contrast between the orthodox science of naming and classifying species (another process inspired by Aristotle) and the way that infants language their continuing survival in the world. In my view, although it is desirable, ideally, to name and classify all species, there is not enough time left to do this, before they disappear (see article on languaging biodiversity). On the other hand, human behaviour may be modifiable by re-languaging the way we apprehend our habits, assumptions and beliefs.

Without names for all species we cannot be certain how many are dying out. On the other hand, we do not need to know the names of endangered species of fish to know, practically speaking, that certain fishing practices are reducing bidodiversity. (See languaging biodiversity)
Corporations and governments may continue to use fatally short-sighted business models until we give them a precise and memorable name. A pioneer of this method was Raphael Lemkin who consciously created a new word - genocide because the prevailing language and belief (WW2) did not express what he saw happening between two particular countries. Once he introduced the word to United Nations, the world changed

This trick can be used to expand the world that we perceive and trust. | 5. Synergy - although few people seem to grasp our fifth concern (i.e. synergy) I predict that it will become a major study in its own right, if energy prices become unaffordable, because it delivers something for nothing.

Metadesigning by creating synergies is simply the art of combining things in the optimum way, rather than depending on using more resources. But there are many types of synergy - too many to be named - and they exist at all levels, both imaginable and otherwise. Some seem to be simple, like this physical example of the additional strength that we get by combining weaker materials.

If we combine the synergy of stainless steel with the synergy of this bicycle wheel's form, we can get further synergies (a net synergy-of-synergies) and achieve additional benefits. Many synergies deliver qualities that are likely to be evaluated using the senses, rather than counting or measuring.
Literally anything can be combined to create a synergy-of-synergies. The only condition is that it only works when different entities are combined. This means that we are not restricted to using precious materials or resources. We might want to combine waste, or redundant, materials, existing synergies, or problems. Co-creativity is an example of a synergy between people. According to Arthur Koestler, a similar combinatorial principle probably operates within one creative person in what he called bisociation.
We devised a special type of co-creativity technique called sympoiesis which delivers team-bonding synergies in addition to the synergies that we expect from the co-creative act itself.
The fundamental idea of 'entrepreneurship' relates to co-creativity because (literally speaking) it refers to the exploitation of potential that exists between several people or organisations. However, our invented word entredonneur is intended to signify the same basic process, but where the idea of 'giving' is used to replace the word for 'taking'.
In Nature, a similar process can be discerned when sexual recombination produces a new organism. However, in metadesigning we may need to cultivate complex systems that include both animate and inanimate 'players'. We coined the term network consciousness in order to be able to think about the degree to which a given system is attuned to itself.
In social groups, a great deal of this attunement is sustained somatically, via tacit knowledge that is shared on an interpersonal level within groups (see our article on network consciousness and paradigm change).
This means that some of the synergies that emerge from teams is very subtle and elusive, especially if it is in a form that cannot easily be discussed in words. In view of the importance of intangibles within network consciousness, it is clear to us that fixed hierarchical management of teams is less effective than non-hierarchical processes such as holarchies.

Last, but not least, it is vital to ensure a very high level of positive energy within non-hierarchical teams, because a tiny minority of members can have a surprisingly large effect. For example, in a group of four the influence of each member is at least 50-100% of the whole (see the consciousness of the tetrahedron) because each will influence a total of 3 (out of 6) meetings and engages with 100% of the whole team. Logically speaking, although it is wise to seek the 'thinkable-possible', we also know that some scenarios are possible, even though they cannot (yet?) be understood.