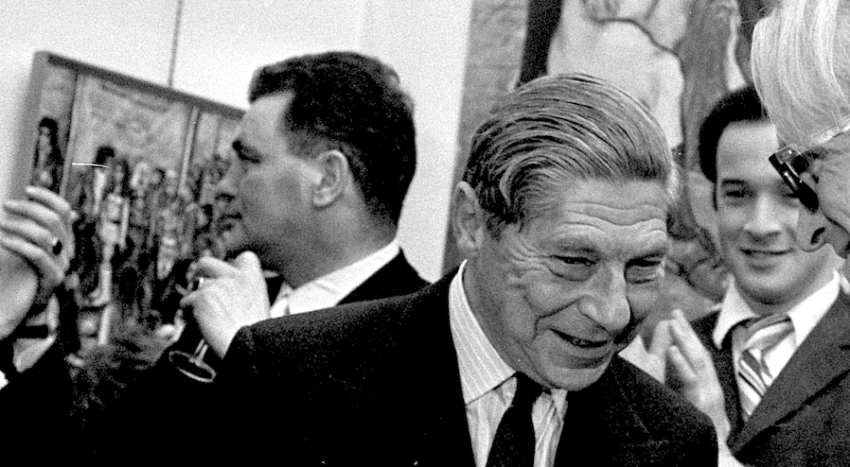 Koestler coined the term ‘bisociation’ in his 1964 book ‘The Act of Creation’. It describes the moment when two seemingly unconnected contexts or ‘matrices of experience’ form a new relationship and develop a shared meaning or purpose. He used this idea to refer to a creative act that is dynamic and unpredictable, belonging to several ‘planes’ of existence rather than a non-creative act that derives from a linear or causal chain of events. His basic idea is that the creative act is a "bisociation" (not mere association) which happens, if two (or more) apparently incompatible frames of thought ("matrices") are brought together by an ingenious mind. One of the key principles is the harnessing (by combining) elements that seem dissonant from each other, or what Koestler calls "self-consistent but habitually incompatible frames of reference...not merely linked to one associative context, but bisociated with two." (Koestler, c1964). See Wikipedia entry

Henri Poincaré appears to have discussed creativity in a similar way to Koestler: "One evening, contrary to my custom, I drank black coffee and could not sleep. Ideas rose in crowds; I felt them collide until pairs interlocked, so to speak, making a stable combination. It seems, in such cases, that one is present at his own unconscious work, made partially perceptible to the over-excited consciousness, yet without having changed its nature. Then we vaguely comprehend what distinguishes the two mechanisms or, if you wish, the working methods of the two egos." (Poincaré, H., & Halsted, G. B., (1902-08), The Foundations of Science, numerous editions).