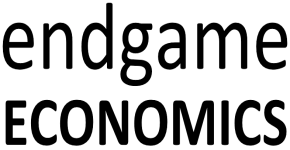 BACKGROUND CONTEXT - over the last few years, Western politicians have been preoccupied with the so-called 'economic crisis' that has mystified many and led to confusion, fear and suspicion. The popular consensus seems to be that we need a big increase in economic growth. HOWEVER - growth is a component of consumer spending, which contributes to climate change and other environmental problems. In 2012, atmospheric CO2 levels exceeded the much-feared ‘tipping point’ of 350ppm (Guardian, 1st June 2012) and the daily melting of ice in the Arctic is now 50% more than it was in 2007 Guardian, 27th August 2012. How can economics be harmonised with the ecosystem that underpins all human activities, including business?

REINVENTING MONEY FOR AN ENDANGERED SPECIES -
this metadesign workshop took place on 5th September 2012 at the Westminster Hub. It was a collaboration between EcoSquared and Metadesigners. We aimed to co-create synergies that would be useful in a practical context.

METHODS - We adapted the Creative Quartet format as the basis for six meetings between four invited experts. Each participant met with each of the other three in a 15-minute bisociation workshop. The 6 meetings ran as a sequence of three pairs. The purpose of each meeting was not a discussion or debate. Instead, we hoped to develop a working language that respected (apparent) incommensurables and to find practical synergies within, beyond, or between them.

See brief for participants
See other workshops
Return to home