An incomplete definition from our glossary 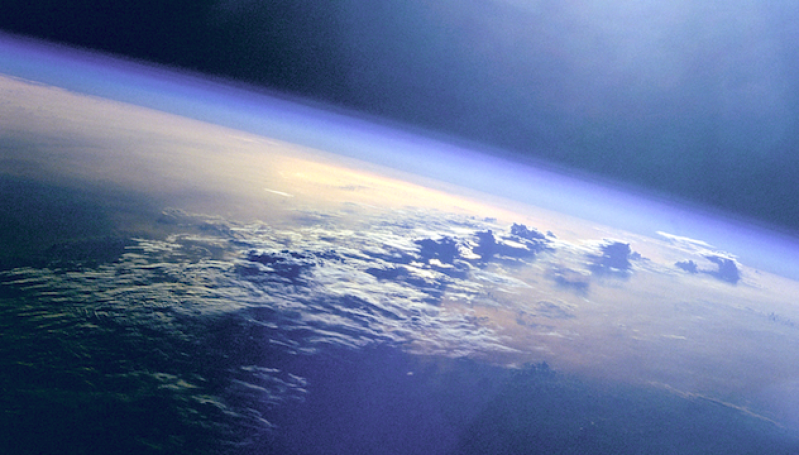 Nature as an economic philosophy

The idea of biomimicry (e.g. Benyus, 1997) is fairly well-known to designers. In terms of its name, it might be assumed to be synonymous with 'eco-mimetics'. However, rather than inspiring a holistic and ecosystemic viewpoint, its advocates have mainly applied their observations of nature to inventing gadgets or 'fixes'. By looking at the interdependencies within general ecosystems, ecomimetics is more likely to see sustainability as its primary goal. This may be a reflection of the way that capitalism seems to inspire disjointed, specialist initiatives, rather than joined-up lifestyles. In a globally sustainable socio-economic system the primary performance indicators (and 'Measure of Success', or MOSS) 'economic' indicators of ecomimetics, are survivability and sustainability. Thus, in a more ecomimetic economic system you might be considered wealthy, not on the basis of resource hoarding, but on the extent to which you enable society, in its broadest form, to realise its potential towards a sustainable and equitable future(s)

In discussing 'eco-mimetics, our colleague Ken Fairclough often refers to 'Nature's Design Studio' (NDS). He argues that Nature has been designing and field testing workable, enduring solutions to complex problems for billions of years. (This raises controversial theological and philosophical issues that are beyond the scope of this article). 'Nature's' solutions continue to adapt and evolve within our environment. Some see this mainly as a storehouse of technological gadgets from which to make business. But it also offers us effective approaches to socio-economic situations. Arguably, this aspect is what separates 'biomimicry' from 'eco-mimetics'. Ecomimetics or Ecomimics moves humanity on from using nature as a biomimetic (biomimicary) look-up source for engineering, materials and medicinal solutions, to being inspired by and understanding the wisdom of utilising the system that designed these solutions in the first instance, Ecomimetics.

Nature as a metadesign philosophy

Many of today's industrial assumptions derive from an economic mindset that emerged alongside 17th science. It still seems axiomatic, for example, that an oil well will be more profitable at the start of its life. This idea gave rise to the infamous ‘Law of Diminishing Returns’, which drives what we see as ‘market forces’. On the other hand, it is important to realise that other living creatures do not share this problem. The principles of evolution enable ecosystems to work against the laws of entropy. This is an important lesson for designers to think about. Nature is able to survive because its stability emerges through the interdependency of a variety of life forms, rather than by autonomy at an individual level.

For many thousands of years, the broad idea of design has been attractive to leaders because it seems to promise power and control over the future. Human beings love certainty, and traditional design (since Aristotle) celebrates this scale of thinking. Design as a process of creating certainty by reducing the parameters of the task has been highly successful within the factory system. However, today's problems can no longer overlook the importance complexity and emergence. For example, we need to change the behaviour of consumers and their communities, however (in ethical terms) we cannot ‘design’ a culture or habit, any more than we can ‘design’ a conversation.

Learning to cope with higher levels of complexity means expecting to be surprised. A less predictive form of design will mean ‘seeding’, and acting upon, new opportunities as soon as they emerge. This may help us to achieve a better live-work balance. Here, we can learn a great deal from Nature, which does not appear to use ‘design thinking’ at all, yet becomes better and better at overcoming the law of entropy. Metadesign is, therefore, eco-mimetic. This means that we must not only learn from the mechanisms of life forms but, also, study their interdependency within a whole context. Just as sexual reproduction enables webs of living organisms to survive using fewer and fewer resources, a culture of co-creativity can offer unforeseen possibilities that will enable the human species to adapt to an increasingly hostile environment.

The need for languaging

For human beings, this will mean designing in ways that reconcile the physical world with the limitations of the human mind. This, in turn, means designing in a way that incorporates language with all of the other, more familiar aspects of design, such as form, shapes, etc. We call this ‘re-languaging’ new realities. Where ‘environmental sustainability’ uses the mechanistic language of ‘resources’ and ‘materials’, our synergistic approach means getting something for nothing. Synergies are abundances that emerge when we combine existing things in a clever, subtle and careful way, rather than taking new resources. Nature’s systems harvest unforeseen diversities and turn them into synergies.

Ever since agriculture was invented we have learned to create empires using ‘economies of scale’. In the future we need to understand what it means to work with ‘ecologies of scale’. This means challenging the rigid and mechanical aspects of the industrial world and learning to work within a more imaginative, Darwinian framework. This would enable metadesigners to work within the ‘Law of Increasing Returns’ (Young 1928; Romer 1986; Arthur 1996). Where consumption reduces our choice, giving ideas away can produce an unlimited diversity of business options. As Paul Romer (1986) reminded us, ‘Possibilities do not add up. They multiply.’