Relationality is an aspect of metadesign that is reflected in some of these tools and approaches (see below): 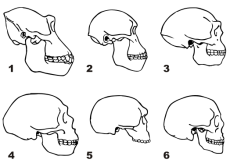 The Basis for Relational Thinking?

The Earth's first life forms emerged some 3.8 billion years ago. Since then, all animal life was cellular in structure, with boundary walls that protect their contents. They are also semi-permeable, which enables the organism to exchange assets (energy and materials) with its immediate environment. Perhaps this explains why, as humans, we are so acutely aware of dissonance between our self-image and how others see us. According to Maturana and Varela, (c.f. their theory of autopoiesis), in 'systemic' terms, there is only one reason for the death of an organism. It will die if it fails to maintain an effective 'relationship' between its 'inner' and 'outer' identities. In this sense, the act of staying alive is relational for all living organisms.

A World of 'Things'

Homo erectus 'outgrew' (evolved from) our Chimpanzee cousins around 5 million years ago. At some point since then, we acquired the ability to think in abstract and symbolic ways that are unique, compared with the other primates. Some scientists believe this evolutionary change occurred around 40,000–50,000 years ago, when the human brain rapidly grew in size. Whereas Chimpanzees hang around in groups of *, Robin Dunbar found a correlation between primate brain size and average social group size. By using the average human brain size and extrapolating from the results of primates, he proposed that humans can comfortably maintain 150 stable relationships. ("the number of people you would not feel embarrassed about joining uninvited for a drink if you happened to bump into them in a bar". Dunbar suggests that "this limit is a direct function of relative neocortex size, and that this in turn limits group size ... the limit imposed by neocortical processing capacity is simply on the number of individuals with whom a stable inter-personal relationship can be maintained". Dunbar also claims that humans devote around two-thirds of their time to only 15 people and that we work with an inner core of about 5 people (40 percent of available social time) plus 10 more to whom we devote another 20 percent.

Nonetheless, it seems likely that our powers of reasoning were also shaped by 3 million years of previous experience as miners and tool-crafters. Our more advanced technological capabilities may help to explain why modern humans tend to 'objectify' things, or like to focus on issues, one at a time. Around 5 thousand years ago, the invention of unit-based money enabled the rise of empires and nations (see more notes on money).

The Logic of Exploitation

In the 17th century, thinkers (e.g. Descartes) began to apply the economic principle behind 'mining' as part of a theory to help us understand economics. Indeed, the ‘law of diminishing returns’, still influences traditional economic theory. As Alfred Marshall, the influential 19th century economist explained it: “the more coal you dig, the more you are forced to exploit less favourable resources”. In this bleak scenario, prices get reduced to the average cost of production. The return for your effort is reduced and the gap between winners and losers increases.

The Mathematics of Dead Things

Today, it is standard business practice to quantify the world as discrete 'assets', rather than evaluating the potential outcomes that could emerge from combining them. Thus, the mathematics of money and accountancy is fundamentally additive and/or subtractive. However, this logic is unhelpful for living systems (e.g. for emergent/creative situations). Whereas, for example, we can usefully divide up some 'dead' things (e.g. cakes, or money) for distribution, if ideas, jokes and living things were to be distributed in the same way they might die, or replicate into new versions of themselves. As Paul Romer said, “...possibilities do not add up. They multiply.” (Romer, 1991).

Several thousand years ago, Plato's and Aristotle's writings suggest that 'design' emerged from a predictive method of replicating and improving industrial/technological forms, patterns, images, etc.. Although these ancient ideas (e.g. the logic of form and category) led to modern databases and 'virtual' products, we still tend to focus on the 'things', rather than the relationships between them, or within them.

Relationships are More Valuable Than Things

After successive waves of industrialisation, our societies increasingly use ways of thinking that depend on facts, numbers and algorithms. This may hide from us the importance of relations. After all, no product, asset or resource has any meaning or use value on its own. However, individual materials are useless unless they can be combined, appropriately, with other materials to bring value that exceeds its component parts. (See our overview on synergy). 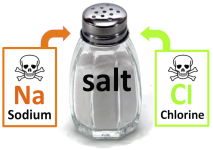 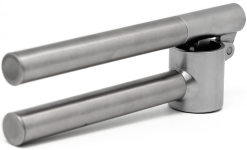 Stainless steel is 35% stronger than any of its ingredients

Buckminster Fuller described synergy as, "The behaviour of whole systems unpredicted by the separately observed behaviours of their parts taken separately" (Bucky Fuller).

Whereas (Western) number systems use immutable boundaries, the opportunities and synergies made possible through combination are borderless and countless. A creative economy invokes a 'law of increasing returns', which designers can maximise, when (re)combining existing assets to produce synergies.