Why We Need Metadesign

See the The Metadesign Research Centre

What Can Metadesign Do? 1947 Electric Car
Design is not intrinsically useless or bad. Indeed, a succession of visionaries, including William Morris, Buckminster Fuller and Amory Lovins have all seen the importance of 'design thinking' in addressing environmental problems, such as pollution, biodiversity losses, climate change and resource depletion. Designers use methods that are very different from those of as scientists or politicians, but they have changed the world. Indeed, the early design industry was spectacularly successful in making industrial power appealing to the general public. By creating new forms of beauty in electric lamps, telephones, railway trains, automobiles and fashion garments it built the foundations for what we some call 'lifestyle design'.

However, what brought 'sweetness and light' to the 19th century emerged in the 20th century as a handy tool for making profits, often at the expense of the natural world. By making the habits of acquisition and consumption so desirable and addictive, product designers unwittingly contributed to the major problems facing the 21st century. As Viktor Papanek famously observed: "There are professions more harmful than industrial design, but only a very few of them. And possibly only one profession is phonier. Advertising design, in persuading people to buy things they do not need, with money they do not have, in order to impress others who do not care, is probably the phoniest field in existence today.” (Papanek, 1971). To be fair, many designers have worked hard to create leaner or more durable modes of design. Unfortunately, their attempts to make design greener failed to keep pace with the relentless determination of globalised capital. Since the 1970s, while global markets grew exponentially, we lost 50% of the world's oil reserves, 30% of its forests, 25% of its topsoil, 50% of its phosphorous and 52% of its living creatures.

Can We Re-design Humanity? 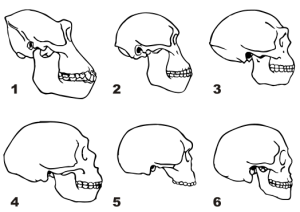 So far, I am claiming that designers are as much a part of the problem as they are to its solution. Of course, humanity's destructive behaviour did not begin after 1969. Indeed, despite our apparent sophistication as 21st century beings, many of our behavioural habits pre-date human history (c.f. Calvin, ). They also helped to shape some of our cognitive patterns, beliefs and assumptions. For example, routine de-forestation, monocultural farming systems and the wholesale extraction of raw materials from the ground led to a widespread faith in the division of labour, mass production and standardisation. These methods led to an industrial revolution in which a technical culture of innovation encouraged a widespread search for one-off, mechanical gadgets and inventions. These factors, coupled with unit-based monetary systems did not quell the human inability to understand large numbers, quantities and qualities. Indeed, it may have led to an economic belief system that over-values quantities. We need to devise a new framework of language and understanding that enables humans to perceive, value and orchestrate synergies.

We live in the era of 'makeovers' and human cloning, so it is tempting to consider re-designing ourselves. This could prove counterproductive, if not fatal. Buckminster Fuller wisely warned that it would be better to 'reform the environment'. By 'adequately organizing' it we might "permit humanity's original, innate capabilities to become successful" (Fuller, 1973). Presumably, these 'innate capabilities' include the seemingly indomitable desire to fashion objects and to trade them. Some of us who have explored the idea of metadesign believe that we can harness these tendencies in a re-design of design itself. While this hypothesis assumes a number of distinct steps, most have already been achieved. Archaeological and brain sciences suggest that Homo Erectus was dextrously and cognitively attuned to making tools nearly two million years ago. It is also likely that we these skills became the 'meta-skills' that enable us to draw, and to re-imagine, ever more powerful objects in the future. In its most fundamental form, metadesign requires one further step. Instead of thinking of design merely as an anticipatory process of planning new products or services, metadesigners would also apply similar thinking processes to the collective and self-reflexive re-design of the framework within which the design process takes place. In some respects this is nothing new. Company directors, accountants and managers already do this when working alongside designers and technicians to co-create a new range of products.

The Problem is Manifold 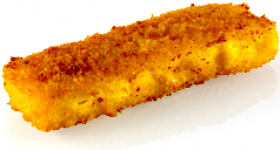 However, we believe that designers need a more joined-up and systemic response that breaks away from our 'silo' mentality. Some business plans have performance indicators that are so limited that they seem lazy. For example, one of the causes of heart disease, obesity, diabetes is the popularity of fast-foods. But they use high levels of sugar, salt or meat because it is a cheap and easy way to make it palatable without employing well-paid chefs. However, whereas designers are usually asked to focus a few factors to make it desirable to a specific target consumer group, metadesigners would seek to join up many more factors in a way that is comprehensive enough to delivers many synergies to many more recipients and stakeholders.

Harmonising design with management has also been achieved, to a limited extent. Some theorists have claimed that design and management are equivalent practices, pragmatically speaking (Simon, 1969; Bauman, 206), because they both set out to achieve a desired goal, albeit using quite different methods. However, this does not mean that their roles and capabilities are directly interchangeable without re-training. The professional differentiation between managers and designers has, until now, ensured that the latter is often given a seemingly subservient role that precludes her from strategic decision-making. However, now that corporations have become more aware of the distinct skills of designers (e.g. 'design thinking'), this makes it conceivable that traditional managerial planning might give way to a more design-led approach in which community-oriented processes of co-envisioning and co-designing lead to a more circular, ecocentric economy.