The Need for Metadesign 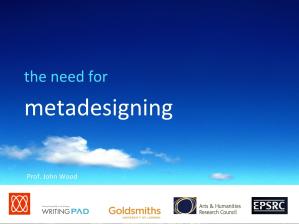 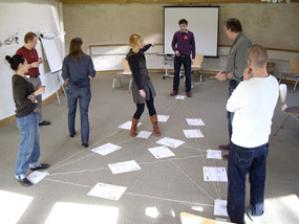 To avoid extinction (i.e. from adverse climate changes and biodiversity depletions, etc.) we need changes in behaviour that amount to a paradigm change. Since the late 19th century, design has been used, increasingly, as a catalyst for economic growth. For this reason, 'design for sustainability', (and other 'green' design approaches) are not able to offer a satisfactory solution because they become part of the problem. Instead of incremental reforms what is needed is a radical, revolutionary, joined-up and comprehensive system that re-thinks the way we find food, shelter, move around and communicate. This changes some of the fundamental principles of design. Whereas today's designers are expected to deliver desired outcomes in the short-term, our team has developed a metadesign approach that is different. It offers a framework for enabling designers to work alongside other specialists and stakeholders, in order to improve wellbeing and fun in the present. Ultimately, it strives toward (but does not expect to reach) a global synergy-of-synergies.