This is our recent funding bid - sent to the Buckminster Fuller Institute on 22/10/2010.

The Buckminster Fuller Challenge is an annual international design Challenge awarding $100,000 to support the development and implementation of a strategy that has significant potential to solve humanity's most pressing problems. It is highly prestigious, and attracts extraordinary applications from all over the world.''

A Phone App for metadesigners

Our trimtab is a smartphone application that enables individual designers to work as agents of collective change. The 'app' offers 60 metadesign tools that log ideas and 'metapurposes' on a central database, then brokers partnerships among a variety of creative users, experts, resource-holders and decision-makers. This will seed a 'synergy-of-synergies'.

What critical needs will we address?

To cope with a 'force majeure' and to avoid extinction, humanity needs to 'reform its environment'. This not only means re-designing the metabolic processes that sustain urban life (governance, banking, agriculture) but, equally importantly, the mindset that perpetuates them. If design specialists cannot do this, then we must re-design design. 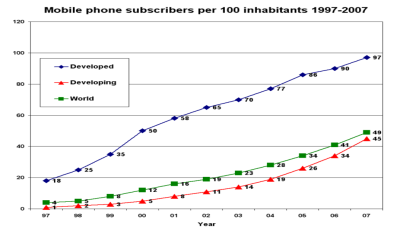 How would this work?

We will find network 'gatekeepers', 'hubs' and opinion-shapers and give them personal smartphone applications. Our phone 'app' is a smart memo-pad with a four-fold (tetrahedral) framework format
that enables users to map their visions, meta-purposes, synergies and perceived contexts. The system finds matches between keywords and other user-data on a central, wiki-based database. These will seed synergistic collaborations between users.

Our application could, in theory, transform a whole paradigm if we can enhance the connectedness and responsiveness of enough key players who act as role models in the network. Both the 'small world' model of networks (Watts & Strogatz, 1998) and our own theory of network consciousness (Wood & Backwell, 2008) support this aim. The project is a continuation of a previous software application that we developed in 1990. Over 5 years of funded research (AHRC and EPSRC) we applied Fuller's method of creating abundance from ‘synergies’. We created and tested 20 metadesign tools, and sketched out 70 more. Some of these are designed to help designers to assemble 'affinity groups' that will act as 'action holarchies' (e.g. flat-structure, P2P teams).

We live in a world that is constructed by (our) language. As Einstein said - we cannot solve problems using the language that created them.Metadesigners can therefore use neologizing - to reveal new realities. We have devised ‘re-languaging’ tools that help teams to move from ‘unthinkables’ to ‘achievables’. Affirmative ‘re-languaging’ is therefore vital to the paradigm-shifter’s repertoire. By challenging notions of ‘entropy’ (Kelvin, 1852) in favor of the ‘law of increasing returns’ (Young 1928; Romer 1986; Arthur 1996) we will continue to focus upon the attainability of ‘utopias’ rather than the likelihood of ‘Oblivion’.

Some pragmatists and language philosophers (e.g. Peirce, Wittgenstein, Davidson) may help us find more levers for change, along with ‘second-order’ cyberneticians (e.g. Heinz von Foerster, Ranulph Glanville). We will work closely with the epistemologist / biologist Alan Rayner, design epistemologist Ken Fairclough, and the biosemiotician Kalevi Kull. At the public level we will call upon professional communicators (e.g. Malcolm Evans, Maria Serra) to help us convey difficult and unfamiliar ideas in a more shareable way. This is not just a theory. In 1947, after failing to persuade the UN to accept the severity of certain military actions, Raphael Lemkin ‘designed’ the word genocide. Since then the world has become increasingly aware of this 'reality' and acted accordingly. 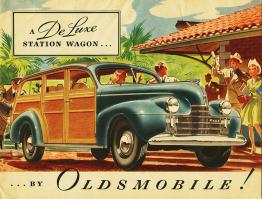 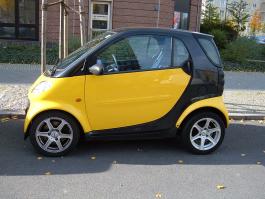 Greener cars will not trigger a paradigm change (probably)

Paradigms persist because they are an entanglement of vicious, and virtuous, cycles. They ‘survive’ by adapting to, and compensating for, local changes. Our response to this challenge is to anticipate the new paradigm (a synergistic society) that is likely to emerge when fuel prices rise. Part of our strategy is to re language the paradigm’s perceived purpose at critical parts of the system. Currently, many cities are designed for rapid personal mobility, rather than accessibility and wellbeing, therefore speed and power are seen as prerequisites to the ‘good life’ (even though we know that they rob us of leisure time and dissipate our wealth). Designing a ‘greener’ car may, therefore, do little to change the behavioural paradigm. Our strategy responds creatively to this challenge by offering a tool that will enable designers to orchestrate their collective actions our phone application is a trimtab to self-steering social, cultural, economic, ecological, and technological change.

By encouraging designers to apply more dimensionality, multiplicity and connectedness to their thinking we will evolve new models of wealth creation that would thrive at lower energy levels.
Molecular gastronomy is an inspiring example (This & Hurti, 1988) of such an approach, as it delivers abundance through combinatorial precision, rather than the quantities of resources used. We will encourage designers to gather synergies like this, and to synergize them with complementary synergies on every conceivable (or inconceivable) level towards a global synergy-of-synergies. This will encourage governments to cultivate a ‘diversity-of-diversities’.

The Transition Towns (TT) movement and Cradle-to-Cradle (C2C) initiative can rightly claim great success. Both offer unified theories, frameworks and practices for changing the dominant paradigm of energy profligacy and waste. In this regard, they are comparable with our project.

Where C2C elicits change from the top-down - TT invites change from the bottom up. What is needed is a combination of both strategies. Our initiative offers a simple framework that will synergize the work of key individuals across a whole system, whether they work in the president’s office, or as the lowliest employee.

The London hub will continue to hold free monthly workshops that are open to the public. Similarly, our ‘Metadesigners Japan’ group is now well established and is conducting metadesign
workshops in a local community, funded by the Institute for Information Design, Japan. We will develop similar plans (Seoul & Oslo), subject to local funding. We will continue with the
development and testing of metadesign tools.

Since we launched Attainable Utopias in 2002 and obtained major AHRC research funding we have built a strong working culture that enables us to continue developing as a research team.
Project coordinator - Prof. John Wood (Goldsmiths, University of London & Kyung Hee University, S. Korea.)
Administrator - Mrs. Ann Schlachter (‘Miss Moneypenny’ is Home Office-trained, has 25 years of work experience as an administrator at Goldsmiths, University of London). Our London-based team consists of Ayako Fukuuchi, Hyaesook Yang, eight volunteers are post-graduates speaking except English, Japanese, Korean, Mandarin, Norwegian, Swedish. They are supported by four other PhD researchers at Goldsmiths. What are the primary obstacles?

Fuller's work on synergy - e.g. in his notion of 'absolute relative abundance' - has an impeccable provenance - i.e. Euler's 1751 theorem. He also explains his idea very carefully and clearly. Nevertheless, few people appear to have taken this idea very seriously. Perhaps they failed to grasp its potential importance to the human race. Whatever the reason, this is the greatest obstacle
to our initiative's success. Others seem less troubling (e.g. failure to attract resources, investment, sponsorship) although they may stem from the same problem.
1. BFI endorsement and publicity would generate more goodwill
2. Focus on our project’s USP, mission and benefits for mankind
3. Explore possible commercial outcomes with appropriate partners
4. Find experts who can communicate unfamiliar ideas in a clear manner

What range of funding is needed to bring your project to fruition.

In order to develop an iPhone/android framework for porting existing/new metadesigning apps that interface with our website (TikiWiki) we will develop on the back of an existing Open Source
project, probably Android. Some of our needs may well be common requirements with Open Source projects – therefore covered by low overhead costs, and the education sector.