An article in The Mint originally published on 2/4/19 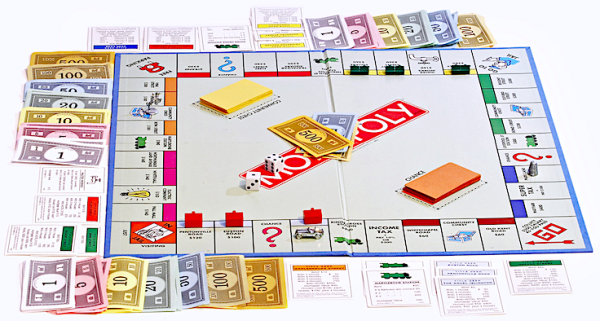 When someone tells you not to 're-invent the wheel' they mean you are wasting your time. Admittedly, as a design innovator, my concept of money will seem, at best, eccentric. Moreover, my current concerns only have a peripheral relevance to economics. I had been trying to understand how world leaders can advocate policies of collective self-harm, even when these are likely to reduce the life expectancy of their own children. In thinking about these complex matters it made me wonder whether the fundamental nature of money might be unsuited to our cognitive capacities, as humans. My cursory notes will suggest that money should be re-designed as local maps of relations, rather than as a universal register of quantities and 'things'.

16 year-old Greta Thunberg's recent speeches about ‘sacrificing priceless values' (Hertsgaard, 2019) reminds us that society appears to see money as being more important than nature (c.f. Rapley, 2017). Although the Bank of England's primary duty is the long-term security of the UK, it declines to halt its fossil fuels investments (c.f. MacQuarrie, 2018). How is it that our fear of distorting financial markets (Youel, 2019) can override the existential threat of climate change? Apparently, money is merely a medium of exchange, a unit of account, a store of value, or a way to defer payment. To a non-expert, these definitions raise as many questions as they answer. For example, what is a 'unit'? Where and when, exactly, does 'value' exist?

It is not my place to offer a perspective on economics. From what I understand, unlike barter, money works without a 'double coincidence of wants'. It can also catalyse endeavours that might otherwise be lost to collective pessimism, or to natural calamity. However, in my view, it also dissipates willingness by converting goodwill into numerical codes that are profoundly forgetful and inert. We can see this process increasing with the monetisation of 'sharing economies' (Morozov, 2018) and the digitisation of the charity sector (Xun & Hua, 2017), both of which are reducing face-to-face collaboration. Although money enables us to glimpse Paradise, it has also shaped the Anthropocene. One explanation for this is that it was designed to help us live beyond our cognitive and emotional means.

Five million years ago, some of our human ancestors parted company with their chimpanzee cousins. Look at us now. We are so clever that we are permanently changing the Earth's climate and have killed half of its wildlife. My design brief is simple. I want to re-invent money as an attractor to local, convivial lifestyles. Although the word 'convivial' came from the old Roman idea of feasting, celebration and social inclusion it also implies the more ecological notion of 'life forms supporting one another.' This notion seems to resonate in non-western contexts, where Chinese terms, such as 'guanxi' (關係) or 'wu wei' (無爲), Korean words, such as 'jeong' (정), and the African word 'Ubuntu' all, in similar ways, describing the presence of informal, tightly-bounded interpersonal ties that enable local networks to collaborate and survive.

Whereas our chimpanzee ancestors live in groups of up to thirty, humans can sustain convivial relationships in larger groups. Even so, our limit is around one hundred and fifty (Dunbar, 1992). Some researchers exploring the reciprocal grooming habits of Bonobos have described it as a kind of currency exchange (Schroepfer-Walker, Wobber & Hare, 2015). This seems to reveal a rather technocentric viewpoint. Grooming has a complex regulatory social purpose that rewards participants immediately and directly. Although money, is so simple that even monkeys can use it (**), its indirect nature reduces its potential for conviviality. Both humans and monkeys are bemused by large numbers (Du Sautoy, 2009) and confuse quantities with qualities (c.f. Kahneman & Tversky, 2011).

We do know that we all like to use money treats such as berries and sex, but some humans also become addicted to winning more 'zeros' than anyone else. Perhaps the unfathomable simplicity of money. We love to hate the narcissists who corner financial markets and hold the world to ransom. Perhaps this is why we allow money to ‘trickle-up’, instead of down. While it vanishes into a black hole of hedge funds and derivatives, unseen hands are paying for embarrassing externalities to be airbrushed out. The world's richest fifty individuals already own a quarter of the value of all the coins & banknotes in the world, some $1.9 trillion. The weird thing is that most of them are making money by manipulating money. Recently, we are beginning to understand how dopamine secretions in the brain are sustaining habitual pursuits, such as trading.

Actually, the biggest elephant in the room is upscaling. Indeed, it was money’s original raison d’être. After the last Ice Age, greater productivity in food production allowed hunter-gatherer communities to grow. Five or six thousand years later, emperors issued promissory notes that enabled soldiers to travel beyond friendly territories. Fiat money emerged as a 'tool-of-tools' for managing armies and colonies (Graeber, 2011). By instructing legislators and accountants how to manage payments, tributes and spoils, imperial authorities were able to exercise power at a distance. Today, the same crude implement allows ordinary citizens to build, alter, acquire and despatch things without touching anything physically.

Of course, there is a downside to this approach. When we scale-up teams and social groups we tend to create managerial hierarchies. As growth continues, subsequent layers of management will filter-out more and more local knowledge. Sooner or later, a greater dependency on rules means that accountability outranks responsibility. This de-sensitisation process leads to a net reduction in what I call 'organisational consciousness'. Another way to explain this is to note that allopoietic and autopoietic systems are virtually incommensurable within the sphere of economics. Whereas living systems are unquantifiable unique and synergy-seeking, (c.f. Maturana & Varela, 1980), money is summative and devoid of local signifiers. As Simmel put it, money's essential quality "consists exclusively in its quantity", (Simmel, 1900).

Although coins and tokens have been around for only four, or five thousand years ago, the logic of accountancy is probably much older. After all, we have been extracting shiny ‘stuff’ from the ground for three million years, so it seems that our numeracy skills have evolved along the way. Fashioning tools and weapons would have imbued some with a magical status (Graeber, 2001), which may explain the perennial appeal of monetary tokens. A few hundred thousand years ago, our brains expanded and we became able to re-map our 'collector' habits onto numbers and categories. Georg Simmel researched the habits of collectors, noting that “regardless of the amount, the liveliness of attached hopes gives money a glow” (Simmel, 1900).

The fetishisation of 'stuff' inspired a logic that is strange, but familiar. The mathematics of mining is rigorously simple, but only when the minerals in the ground are sufficiently homogeneous and abundant. If so, we can reduce their complexity into a single (numerical) dimension without controversy. This also makes it convenient to apportion and distribute. However, its market value will increase with scarcity. When extraction costs rise to the market price of the product, a predictable path to depletion will render the venture ‘uneconomic'. Unlike the convivial, capricious and fragile world of living systems, this process will attract speculative endeavours that are too indirect to generate much synergistic value.

Although Blockchain technologies have the potential to rescue us from the Stone Age, some cryptocurrency developers like to use anachronistic terms such as 'tokens', 'work', 'mining', and 'units'. This is disappointing, as money needs to enhance conviviality. Where our mining and industrial mindset led us to shrink complexities into reductionist standards, we now have the technology to survive in more localised and convivial ways that reduce the need for money. For example, Stefan Heidenreich (2018) has envisioned a non-monetary economy in which unwanted surpluses are matched with unmet needs.

It is hard to see how Heidenreich’s idea can fully replace money as we know it. Perhaps it would be like introducing more (virtual) accountants in more places. This would make 'externalities' more visible and reveal new ways to (re)combine stranded assets. As Buckminster Fuller pointed out, "...the people who let the sulphur go into the air are not in the sulphur business”. Perhaps, new forms of local money would help us to value a diversity of ‘micro-diversities’ that are only accessible at local levels. Such a system could be designed to catalyse a global synergy of ‘micro-synergies’.

These are ambitious speculations. We still live in a parasitic, or predatory, data-oriented economy whose ultimate justification is 'economic growth'. In my view, we need to develop a convivial logic of relations. This would be very different from the traditional mindset of 'data' and ‘things'. Paradigms are notoriously hard to change. As long as language tells us that the world is atomistic, we will find atoms everywhere. The first step is to acknowledge that 'things' are always less abundant and valuable than the relationships that sustain them.

Although Richard Cantillon's term 'entrepreneur' was coined in the context of risk management (1730), it invokes the relational idea of 'taking from between'. However, people tend to visualise relations in pairs, rather than in more complex configurations. For example, although mediaeval tally sticks have been described as 'distributed ledgers', their design limits normal use to pairs of participants. Here, it is important to acknowledge that the 'duet' is not a natural default mode for creativity.

Summative thinking offers a poor way to describe relations because it overlooks their synergistic aspects. This has not deterred mainstream educators, who continue to see summative logic as a ‘building block’ for more advanced thinking. Schools, for example, continue to use exam questions, such as: "if it takes two men half an hour to dig a hole, how many holes could they dig in 2 hours?" This kind of question is distressing to some students, as they know that collaboration is neither rational, nor symmetrical. In order to make a duet work effectively, for example, the agreement of both parties is needed. On the other hand, only one of them is needed in order to terminate the relationship.

If we are to design money in a way that will elicit synergies we need to reconcile two conflicting requirements. One is to maximise the number of possible combinations that would generate beneficial synergies. The other is the cognitive limitation on the number of interdependent agents we can visualise. Our brains struggle to 'chunk' information in clusters of more than four (Cowan, 2001). Buckminster Fuller was ahead of the game when, in 1949, he described the mind as 'tetrahedral'. Leonhard Euler's formula for polygons (1751) can be interpreted as showing that an enterprising quartet has six times the potential for bring value to stakeholders than an enterprising duet (my TEDx talk explains this in more detail).

Whereas the genre of invention is represented by the 'duet' (one-dimensional) model in figure 1, we can design money to as a ledger system using the quartet model as a default mode. It would attracts bids from would-be members of the quartet. The aim of an enterprise quartet would be to achieve at least six beneficial outcomes (see below). 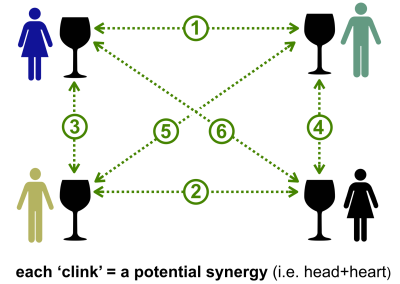 Fig. 2. Euler's formula can be illustrated by asking four participants how many clinks their glasses will make Fig. 3. A set relational synergies (inspired by John Ruskin's 1885 description of a craft-worker)

John Ruskin's description of relations shows there to be multiple stakeholder and benefits that is similar to my four-fold model of synergies (see figure 3).