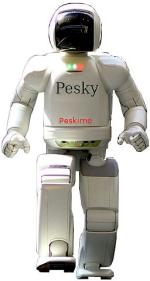 Something that is able to cause an effect by acting, or doing, something.

N.B. An agent is usually a person. Sometimes it is an artefact' (e.g. robot). In philosophical terms: the active entity that affects (or is capable of) making change.

In developing our (rather basic) concept of network consciousness we needed a term that might be used for both animate, and inanimate, things. The term 'agent' is suitable for this task. James Lovelock's theory of Gaia (Lovelock, 1979, p.x; Margulis, 1998, p. 5), identifies our planet as a vast, symbiotic, self-maintaining system, in which there is no useful distinction made between ‘living’ and ‘inanimate’ agents.

Is Agency Ever Singular?

Western thought sometimes implies that the cause of a particular event is a single agent. This impression may be an afterglow from classical science (e.g. Galilean & Newtonian dynamics), in which actions and reactions were simplified into tidy, axiomatic demonstrations of cause and effect. The tendency to attribute agency to one person or cause is also present in some post-Enlightenment thinkers (e.g. Hume, Nietszche & Schopenhauer) who became fascinated by the role (i.e. 'agency') of individuals, rather than by collective actions, in affecting change. This inspired the Romantic myth that great works are attributable to a 'lone genius'. (see article on ecomimicry). Today, the notion of co-agency begins to erode this conventional distinction and independence between, or among, agents. Everyday experience can also be deceptive, where we may not notice, or be only partly conscious of, processes that are key agents of change (e.g. tacit, implicit, or inter-personal forms of knowing - see article on hidden knowledge).